Unity Ceremonies are as old as weddings.  The original unity ceremony was the exchange of rings.  The ring being a symbol of unity and eternity…signifying the eternal union of the bride and groom.

Many couples choose to also add an additional unity ceremony to further symbolize the marriage and to make the wedding more meaningful and beautiful!  Especially for vow renewals, where there won’t be an exchange of rings, adding a unity ceremony is a great way to celebrate the marriage.  And most ceremonies can include children!

Sand Ceremonies are one of the most popular here in the islands.  The bride and groom each has a container of sand which represents each of them. They then combine the sand into a final vase or bottle to signify the combining of their lives.  The vase or bottle also provides a keepsake for the couple.

Get the FREE St. Thomas Vow Renewal Guide with detailed information and pricing for your destination vow renewal in St. Thomas, Virgin Islands.

Get Started & Plan Your Vow Renewal 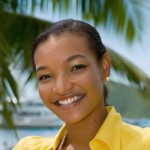